Most Traders Fail within Their First Two Years


VISIT THESENSIBLEGUIDETOFOREX.COM FOR ADDITIONAL ONLINE CONTENT
Additional related content resides on the book's companion website at www.thesensibleguidetoforex.com. This website provides:
Go to www.thesensibleguidetoforex.com. The breadth and depth of the site's content will expand over time. We hope the site becomes a must-read for those seeking currency diversification, either as traders or investors seeking capital gains and/or income denominated in a variety of currencies.

I will show you some approaches that are easier than the usual trading methods, but even these require study and practice. Like achieving anything else worthwhile, especially a lucrative, stimulating career, you'll need the discipline for a sustained investment of time, effort, and money. You'll suffer some uncertainty, frustration, and failure, with no guarantee of success, as you would in achieving anything else worth attaining
https://www.forexfactory.com/


Most Traders Fail within Their First Two Years
While I'm trashing get-rich-quick illusions, here's a helping of fear to keep you motivated and paying attention. In case you forgot (or skipped) what I wrote in the Read This First section earlier, here's a little fact I've never seen acknowledged in any forex book, though it's a well-worn topic of forex trader forums on such major forex content websites like ForexFactory.com.9
The fact is this: Per available data, the odds are firmly against you. Most forex traders lose money and are gone within a matter of months.10
U.S.11 regulators have reported that the vast majority (around 80 percent or more) of forex traders fail within their first two years. Few manage to last at day trading in general.12 At least one large publicly traded forex brokerage reports that 70 percent of its traders are unprofitable, close enough to provide additional confirmation.13
Many take a rather simplistic view that because most traders fail, forex trading should be avoided altogether by amateur traders or investors. By that same reasoning, one should avoid real estate and insurance sales and any other field that offers low barriers to entry, is potentially lucrative, and attracts intense competition from which only a minority prosper.
Consider that one cannot even begin to practice in most lucrative, skilled professions without years of professional training, typically costing over $100,000 in tuition, related expenses, and lost wages. After that, there's a demanding battery of exams, followed by years of relatively low-paying jobs with grueling hours, commuting, office politics, and ass kissing thrown in as you learn how the job is done.
Even after passing through all those hoops, only a minority will make the big money. From my own experience working in large accounting firms, I'd be surprised if 10 percent of the new hires out of college eventually become partners or find equally lucrative roles in the field.
Having worked with traders for years in various capacities as fellow trader and chief analyst tasked with advising clients, it's clear that most traders don't do the preparation needed to have even a chance to succeed. The small minority that attempt a serious program of study and practice have the huge additional obstacle of needing to somehow figure out how to design their own training program to duplicate the theoretical, practical, and mentoring aspects of other professional training programs. What sources to study? Which skills to learn in which order? What websites or forums to browse? What trading styles to start with?
Here is the good news:
Even if in the end forex trading isn't for you, you'll have learned valuable ways to profit from forex as a long-term investor.
In sum, I can't guarantee you success, but I can make you better, and put you miles ahead of the rest of the unprepared suckers.
1. Neil Woodburn, “50 Year Anniversary of Europe on $5 a Day (Man, How Things Have Changed!)” (May 2007), www.gadling.com/2007/05/02/50-year-anniversary-of-europe-on-5-a-day-man-how-things-have/.
2. A personification of the Japanese housewife speculators, who are strong enough to affect international markets, especially foreign exchange markets.
3. Vikas Baja and Graham Bowley, “S.E.C. Temporarily Blocks Short Sales of Financial Stocks,” New York Times (September, 2008), www.nytimes.com/2008/09/20/business/20sec.html.
4. In an attempt to halt a run on their banking stocks, Spain, France Italy and Belgium banned short selling them. Their plunge began because as holders of large quantities of Greek bonds they were now being asked to take “voluntary” losses on these as part of the latest failed Greek rescue plan. Markets understood that this set a precedent for similar partial defaults and losses on other sovereign bonds of weak EU nations, which these banks also held in quantity. While wealthy and sophisticated traders and institutions could find other ways to profit from the strong downtrend in these shares, most private traders were now unable to exploit this move.
5. As was the case with holders of insurance against Greek default in July 2011, regulators ruled that “voluntary” acceptance of 21 percent losses by banks holding sovereign Greek bonds did not constitute default, even when it was obvious that these banks did so under official EU threats that the banks would otherwise receive nothing and spark a global crisis.
6. Just do an online search using terms like “online forex brokers reviews.” You'll find plenty of sources. The more reliable ones tend to be from established, professional looking websites that obviously have a stake in protecting their reputation and offer their own in-house reviews. Dailyforex.com runs its own in-house professional broker reviews, which are usually more credible than those posted by unknown volunteers in trader forums, because Dailyforex.com's reputation is on the line. Obviously, apply the “smell test.” If you see nothing but positive reports on a site with broker reviews, and the site carries ads from those same brokers, seek second and third opinions. There are also online forums, though you've no assurance on the reliability of the contributor. They may be accurate, or just disgruntled losers blaming brokers for their own mistakes.
7. Javier E. David, “Global Forex Turnover Continues to Increase,” Wall Street Journal (July 2011), http://online.wsj.com/article/SB10001424053111903999904576468211853284114.html.
8. David Woo is head of Global Rates and Currencies Research for Bank of America, Stephen Jen is a former star forex trader at Morgan Stanley, BlueGold hedge fund, and at last report runs his own hedge fund, SLJ Macro Partners.
9. http://www.forexfactory.com/showthread.php?t=120506.
10. Joshua M. Brown, “Inside the Currency Boiler Rooms” (April 2011), www.thereformedbroker.com/2011/04/09/inside-the-currency-boiler-rooms/ and Michael Greenberg, “U.S. Forex Brokers Account Profitability Comparison” (October 2010), http://forexmagnates.com/us-forex-brokers-account-profitability-comparison/.
11. Brown, “Inside the Currency Boiler Rooms.”
12. For example, “…in the year 2000 state regulators in Massachusetts subpoenaed records which showed that after 6 months only 16 percent of day traders (in equities) made money.…Brilliant day traders do exist.…Sadly, it's a very small handful.” Quoted from one of the better trading books I've read: Come Into My Trading Room: A Complete Guide to Trading, by Dr. Alexander Elder (Hoboken, NJ: John Wiley & Sons, 2002), 100–101.
Notes

Here's the key to understanding the relationship between wick (or shadow) and body length and the meaning of an individual candle: The longer the wicks are relative to the body, the greater the indecision and the greater the back and forth struggle between buyers and sellers, and the more likely the current trend will cease or reverse. Conversely, the shorter the wicks are relative to the body, the more decisive the move up or down, and the more likely that the move will continue in the same direction. 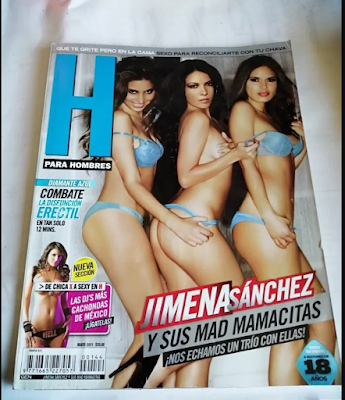 Get Latest Tips via e-mail

Click this for change the view to Dynamic views